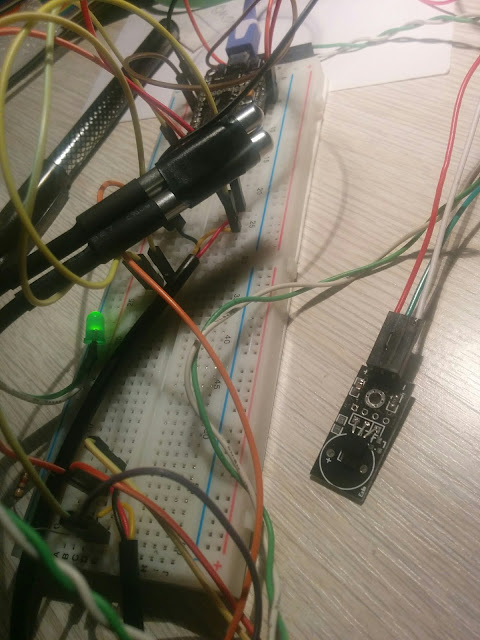 The DS18B20 sensors doesn't have the pull up resistor so I've added one with 4K7 value between DATA and VCC.

The fun is that adding only one sensor I couldn't read its value, but adding two of them in parallel everything was perfect. I've changed the pull resistor in range 1K to 9K4 , I've added a capacitor of 100nF between VCC and GND like it is in this module ( which by the way is working perfect alone with not other sensor in parallel).

Using the same library and sensors with Arduino works perfect, so it looks like my sensors have a problem ( all three of them) or the library need some adjustments for the ESP8266.

Lucky me that the project involved two DS18B20 sensors so for now I will use them like this.

Conclusion: If you have the same problem as I did just add another DS18B20 in paralel.


PS: I also tried the parasite mode ( is using only 2 wires instead for 3) but I had the same result.


To do: Connect this module with an 1 meter cable and check if is still working.

[ Later Edit ]. Looks like the probes were defective. After I've changed them everything is working now. I can connect one or more then one without problems.

One thing that I did in the last two months was to collaborate with Packt Publishing to be technical supervisor for a book about the ESP8266.

Book is written by Marco Schwartz and can be purchased from Amazon.

The summary of the book is in the following pictures. 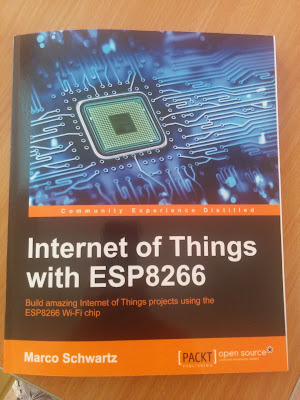 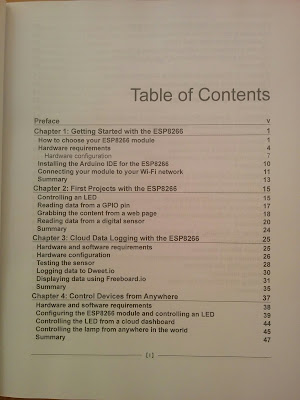 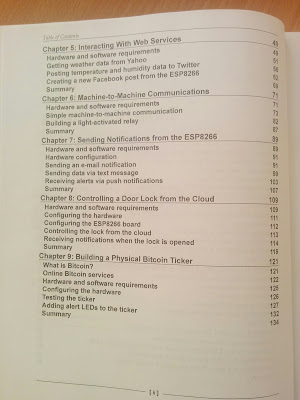 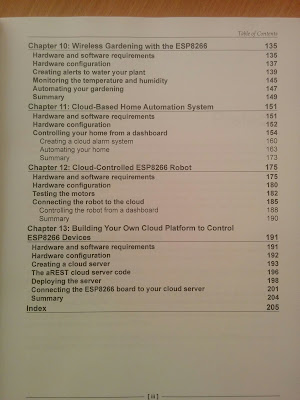 
[Later edit]. On iotcentral.eu you will find instructions on how to install the ESP8266 MQTT broker on your EPS8266 and how to use the MQTT service provided by iotcentral.eu

I have more progress in ESP8266 as MQTT broker.

With all those function in place I still have 34kb of heap available for other features and yes is running on an ESP with a minimum 1Mb of memory. ESP8285 is a good candidate for running the broker.

Is working also on and old ESP-01 with 512kb but without OTA functionality.

Previous posts on the same subject: 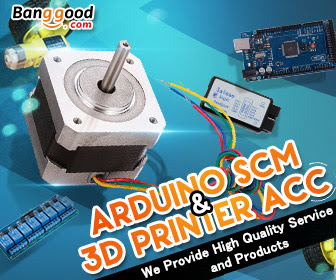